We’re proud to champion all game that is coastal and wild, furred and feathered.

“Game is not just what you hunt and shoot, game is what you catch, what you pick and forage. For me, game is a wild blackberry you pick, mackerel you catch and a native oyster you shuck. This is game reflective of the seasons”

Restaurateur of the Year 2018

Restaurant of the Year 2009 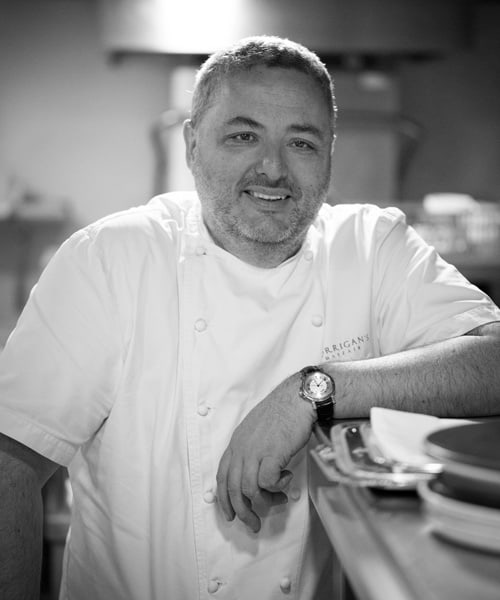 Richard is the chef patron of Corrigan Restaurants, which operates Bentley’s Oyster Bar & Grill and Corrigan’s Mayfair in London. Richard’s culinary career, in brief, spans several years in the Netherlands, head chef of Mulligan’s in Mayfair and gaining his first Michelin Star as head chef of Fulham Road in Fulham in 1994 and his second star at Lindsay House in Soho, in 1997. Most recently, in 2013, Richard bought a 100-acre private estate, the Virginia Park Lodge in Ireland. In addition to wowing the London food scene, Richard has cooked for the Queen twice, British Airways Concorde and is the Chef’s Alliance Spokesperson of the Slow Food Movement. Lauded as one of the greatest chefs of his generation (having won 3 AA restaurant of the year awards), he has received praise from some of the fiercest food and restaurants critics in the land.
VIEW MORE
Scroll to Top

We take reservations for lunch and dinner. Please make a booking online below, you can also call us on +44 (0)20 7499 9943 or email reservations@corrigansmayfair.com to enquire.

Please note we hold back a number of tables each evening for walk-ins if there are none available online.